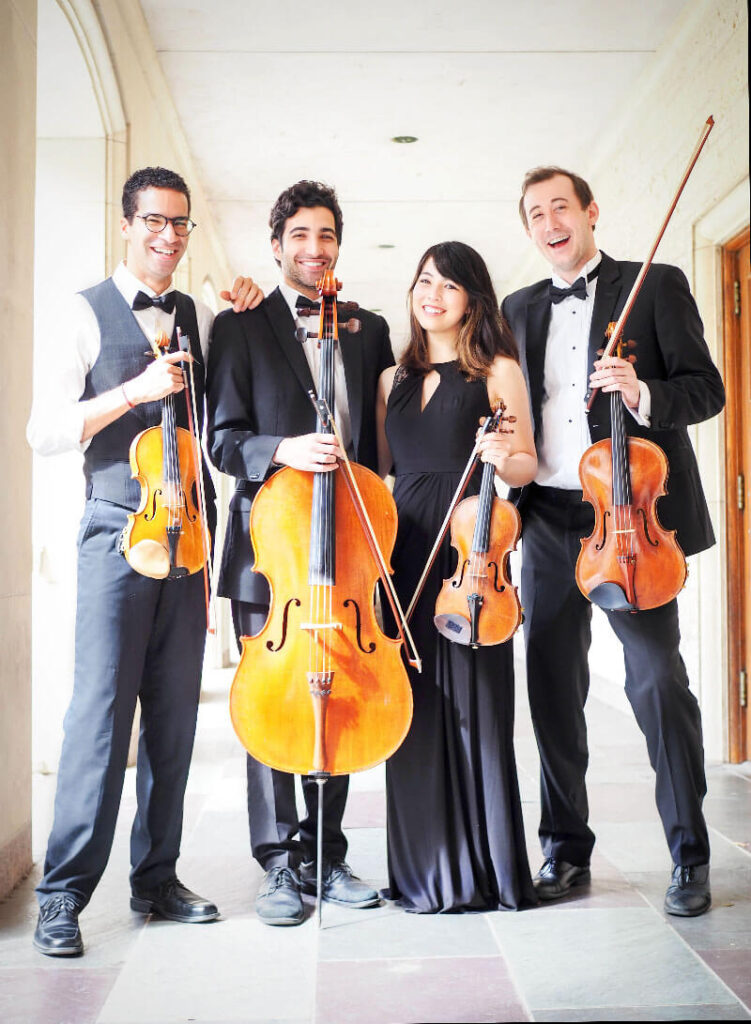 Castle Hill String Quartet is one of the most sought after ensembles in Austin for weddings, corporate events, and parties. The group performs both classical music, and original arrangements of popular contemporary songs, bringing a level of artistry and professionalism your guests are sure to notice!
Get a quote
“The Castle Hill String Quartet sounded completely amazing. They had a HUGE list of songs to choose from, they looked and sounded professional. I would recommend them to anyone! ” 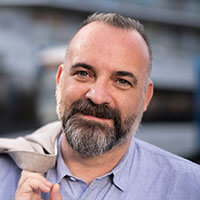 After starting the violin at age eight, Patrice Calixte was admitted to the music concentration program at the École Pierre-Laporte, where he studied with Francine Pepin. Graduating with high distinction, he was then accepted to the University of Montreal where he obtained his Bachelor’s and Master’s degrees in the studio of Claude Richard. He participated in numerous chamber music masterclasses with Avedis Kouyoumdjian and Stefan Kropfitsch from the Vienna School of Music and Arts, and with Jean-Philippe Vasseur from the Conservatoire Supérieur de Lyon, and as a soloist in masterclasses by Annick Roussin, Regis Pasquier and Maxim Vengerov. During his studies, he also had the opportunity to develop his orchestral skills by performing as a substitute member in various orchestras such as the Orchestre Symphonique de Québec, Orchestre Symphonique de Sherbrooke and Sinfonia de Lanaudière. In 2014, he won a position with the Orchestre Symphonique du Saguenay-Lac-Saint-Jean. Patrice also performed 5 years with the Orchestre de la francophonie conducted by Jean-Philippe Tremblay, holding the position of concertmaster from 2012 to 2014. 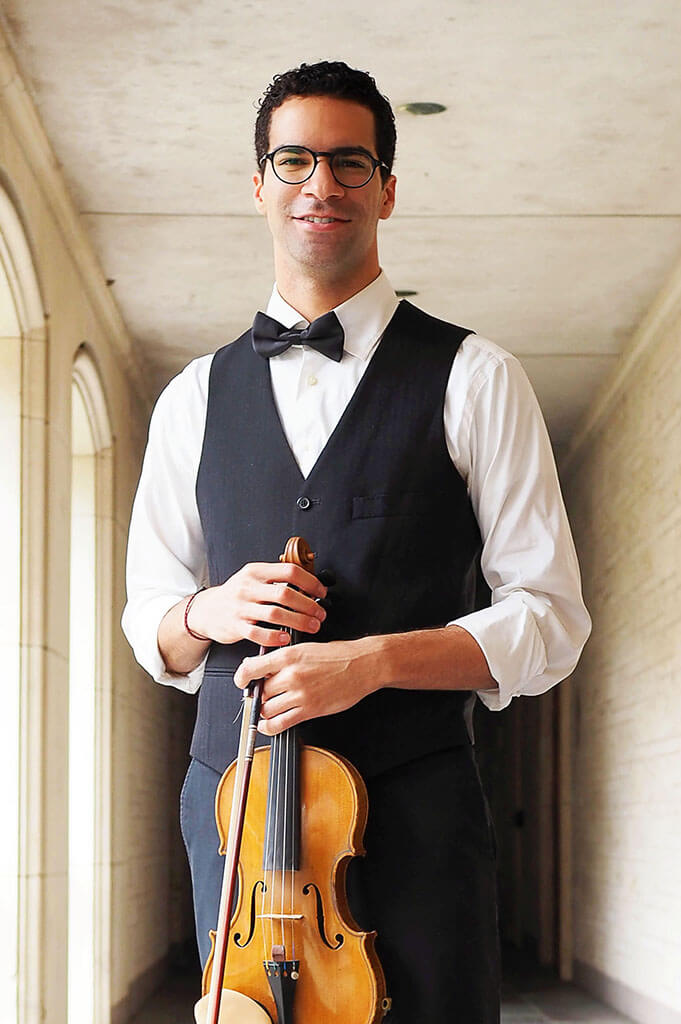 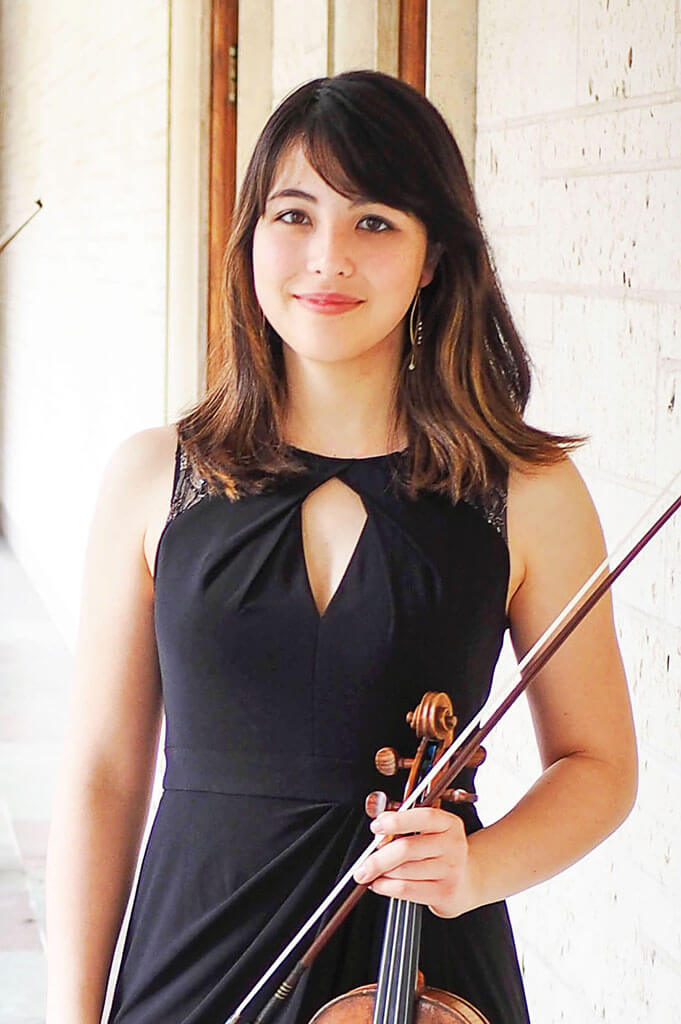 Hoi Ting Davidson grew up in rural Iowa and has been playing violin since age four. She received a Bachelor of Music in violin performance from the Eastman School of Music where she studied with Rochester Philharmonic concertmaster, Juliana Athayde. She then spent an additional year researching linguistics through a full scholarship program at the University of Rochester before beginning graduate studies.

Recently, Davidson has served as concertmaster and in solo roles with both the University of Texas Symphony Orchestra and the St. Andrews Chamber Orchestra. Davidson has received scholarships to attend several orchestral and chamber music festivals throughout the U.S. such as the Round Top Festival Institute (TX), the Brevard Music Festival (NC), Madeline Island Music Camp (WI), and the Interlochen Summer Arts Program. Additional chamber performances have taken her on tours across Michigan, Austria, China.
Currently, she is pursuing her master’s degree with violin professor Brian Lewis at the University of Texas at Austin.

As a chamber musician, violist Alexander Smith has appeared in performances with Glenn Dicterow (former concertmaster of the New York Philharmonic), Martin Chalifour, Shmuel Ashkenasi, David Radzynski, and Matthias Täcke. Alex has been heard across Austin as a member of the Austin Camerata, and as a soloist with Density512 conducted by Peter Bay (Music Director of the Austin Symphony).

Alex is currently pursuing his Doctorate of Music Degree at the University of Texas at Austin under the direction of Prof. Roger Myers. In addition to frequent appearances as a chamber musician and recitalist, Alex has worked with the Austin Symphony, Kansas City Symphony, and the Chicago Chamber Orchestra. 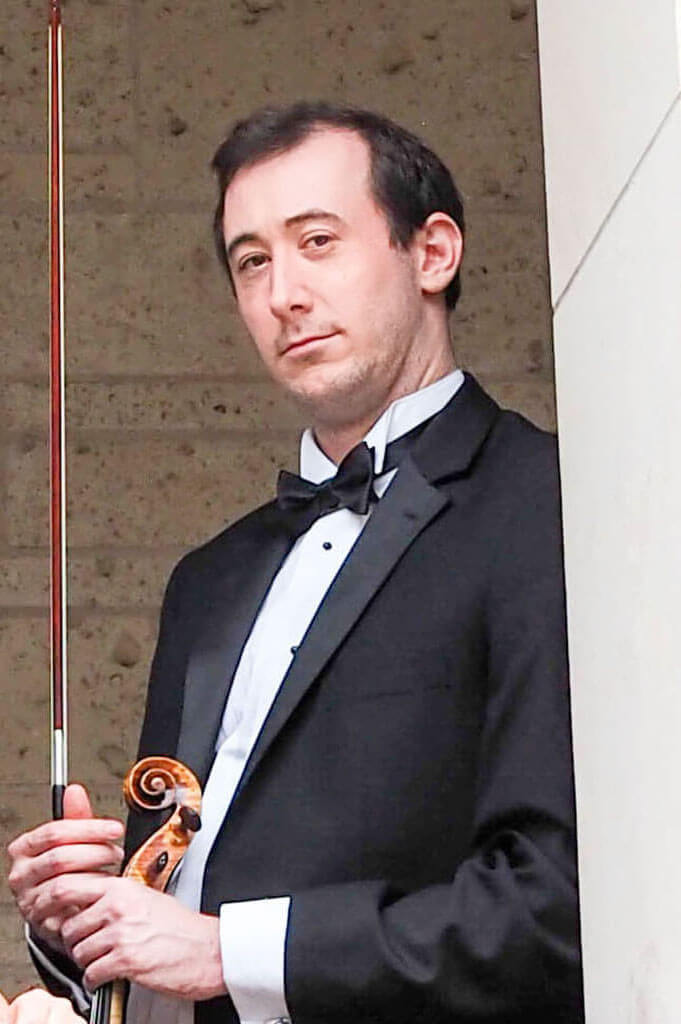 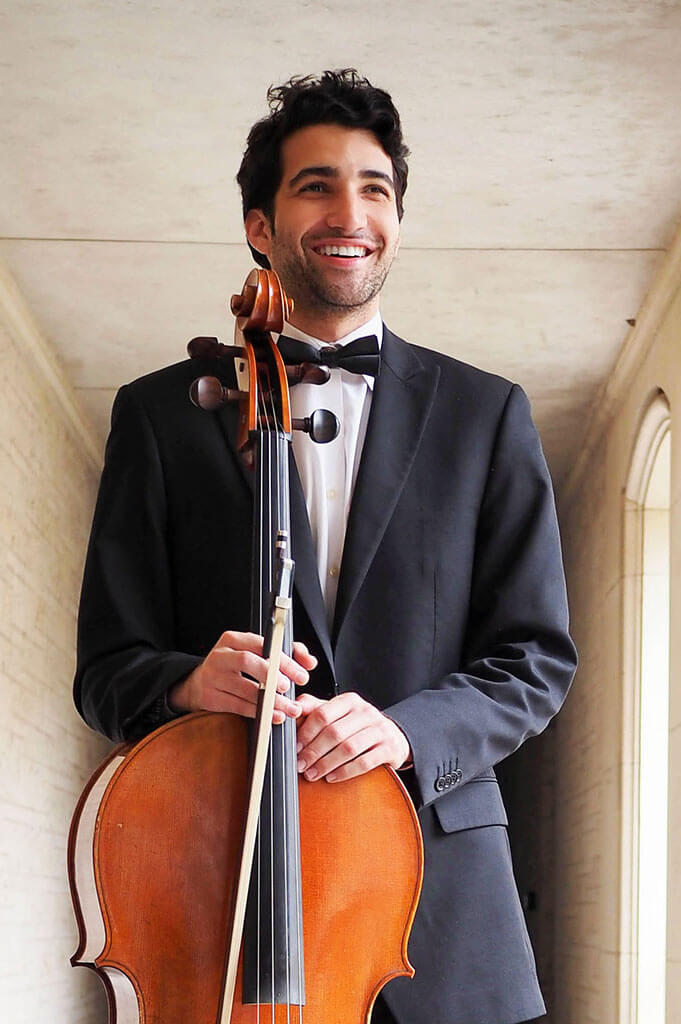 Daniel spent the last two summers studying and performing chamber music at Kneisel Hall in Blue Hill, Maine. In 2016 he had the pleasure of performing as principal cellist at the Colorado College Summer Music Festival, and in 2015 debuted at Carnegie Hall as principal cellist of the New York String Orchestra Seminar, under the baton of Maestro Jaime Laredo.